To share your memory on the wall of Richard KROPF, sign in using one of the following options:

Richard Clarence Kropf of Ingersoll on Saturday, May 9, 2020 surrounded by family at home in his 79th year made his journey home to Our Lord.

Richard Clarence Kropf of Ingersoll on Saturday, May 9, 2020 surrounded by family at home in his 79th year made his journey home to Our Lord.

Richard was a gentle servant of God; serving his family and community with love and respect. Active in his ministries through the Church, he lived his faith participating in RCIA, Marriage Preparation, St Vincent de Paul, Alpha and Eucharistic Ministry. Richard was proud of his life career as a grocery store manager with Steinberg Company, Miracle Food Mart, A&P, Herbies, and Rexall. He enjoyed baseball, golf and playing horseshoes at Wildwood by the Lake, Morpeth. Another favourite pass time was spending hours washing and polishing his vehicles which gave him great joy.

Due to Covid Restrictions, a small private family service will take place at the McBeath-Dynes Funeral Home 246 Thames Street South, Ingersoll. Richard touched many people in his life, so a celebration of life will be held later.

To send flowers to the family or plant a tree in memory of Richard Clarence KROPF, please visit our Heartfelt Sympathies Store.

Receive notifications about information and event scheduling for Richard

We encourage you to share your most beloved memories of Richard here, so that the family and other loved ones can always see it. You can upload cherished photographs, or share your favorite stories, and can even comment on those shared by others.

Posted May 19, 2020 at 11:07pm
I worked for Richard at the Miracle Food Mart at Oxford & Highbury in London back in the 1970's while I was in high school and college. He was a great boss and I really enjoyed working for him. So hard to believe he was just down the road from me all these years as I live quite close to Wildwood. Would have enjoyed visiting Richard! My thought and prayers are with Richard and his family.
Brian Joyes
Comment Share
Share via:
KW

Posted May 17, 2020 at 03:59pm
Karen & Bob Willmott
In this sorrowful time, we would like to extend to you our heartfelt condolences. May our Lord comfort you and your loved ones.
We met you both at Holy Family Church and had hoped that we would get together.
Thinking of you and keeping you in our prayers.
Comment Share
Share via:
EJ

Posted May 13, 2020 at 11:49pm
Wishing you peace to bring comfort, courage to face the days ahead and loving memories to forever hold in your hearts. Rest in peace my friend

Posted May 13, 2020 at 07:25pm
Dear Holly Tom and I were very sorry to hear of Richard’s passing. Know that we will have you and all your family wrapped in prayer at this sad time.
Comment Share
Share via:
LD

Posted May 13, 2020 at 07:08pm
Dear Holly - I am so sorry for your loss. Richard was an amazing and caring person and did so much good in his life. I have many wonderful memories of Richard from all that he did with the Society of Saint Vincent de Paul and his time with the stores. Take care Holly and my prayers are with you and your family at this difficult time.
Comment Share
Share via: 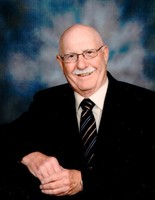 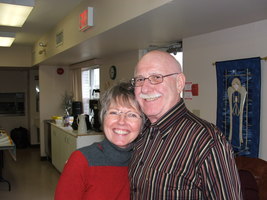 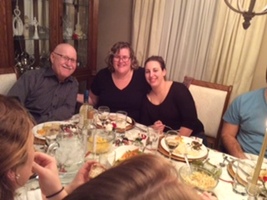 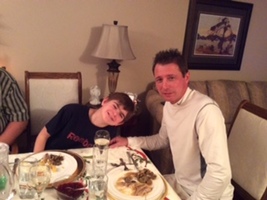