Use the form above to find your loved one. You can search using the name of your loved one, or any family name for current or past services entrusted to our firm.

Click here to view all obituaries
Search Obituaries
Immediate Need
We are here to help you. If you have need of our services, please call us, day or night, at:
519-425-1600
To better prepare yourself, we have provided you with some helpful information regarding the immediate need process.
Contact Us / Location

Ordering flowers from our site ensures that your order will reach us or the family in a timely manner, and your gesture of support will remain acknowledged in the Book of Memories for future generations. We only work with local florists so we can maintain the sense of urgency and quality of your selections. We thank you for helping to support the family during their time of need, and will fondly remember your kind gesture.

To share your memory on the wall of James LEWIS, sign in using one of the following options:

Its with great sorrow the family of James Henry Lewis of Waterloo announces his passing on Wednesday September 23, 2020.

Its with great sorrow the family of James Henry Lewis of Waterloo announces his passing on Wednesday September 23, 2020.

Born October 9, 1939 to the late William Charles Lewis (2000) and his mother Mildred Katherine Baskette (1971). Predeceased by his loving wife the late Donna (Jackson) (2014). He is survived by his daughters Phyliss Humphrey and friend Gary Cole of Woodstock, Christine Pfaff of Sarnia, Katherine and her husband James Hoffman of Waterloo, and Darlene Lewis- Mabey and her partner Dean Mason of Stratford, and son Ernest Lewis of London. He is survived by his brother William Samuel Lewis, and his sister Ruthanne Lewis. Also survived by 16 grandchildren and many great grandchildren. James will be lovingly remembered by his lifelong family friends James Miller of Woodstock, and Angela Miller of London.
He was predeceased by his brother Joseph Samuel Luft.

James was a kind and loving father and spent the last years of his life in the comfort of his children. He was a farmer, machinist, jack of all trades, entrepreneur, and dreamer. He lived his life to the fullest travelled and camped for many years.

A thank you to all those who helped him on to his next journey from Kitchener Waterloo and to the staff at Grand River Hospital in Kitchener for making dad as comfortable as possible.

Cremation has taken place. A private graveside service for Jim and Donna will be held at Oxford Memorial Park Cemetery, Woodstock (following the Province wide cemetery gathering limits of a maximum of 25 people) on Friday October 9, 2020 Fr. Gilbert Simard presider.

Personal condolences may be posted at www.mcbeathdynes.ca
Read Less

To send flowers to the family or plant a tree in memory of James Henry LEWIS, please visit our Heartfelt Sympathies Store.

Receive notifications about information and event scheduling for James

We encourage you to share your most beloved memories of James here, so that the family and other loved ones can always see it. You can upload cherished photographs, or share your favorite stories, and can even comment on those shared by others. 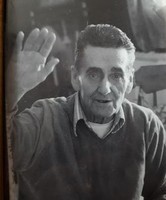