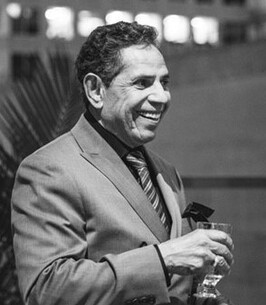 Bill spent his childhood between London and Newbury and both communities remained close to his heart. He spent many years living across the country as a member of the armed forces, a gold miner, a construction worker, a taxi driver, and a transport truck driver. He was proud to end his career as a school bus driver and guest lecturer discussing his experience in the Sixties Scoop.

Bill achieved over thirty years of sobriety through the support of Westover Treatment Centre, an organization he was able to give back to as the sports director. His adventures continued at Texas Longhorn Ranch where he taught his children how to ride a horse.

His greatest achievement was raising three boys who he talked about whenever the opportunity arose.

Donations in Bill’s memory can be made to Sakura House Hospice in Woodstock and Ingersoll Services for Seniors.

A Celebration of Life service will be held at the McBeath-Dynes Funeral Home 246 Thames Street South, Ingersoll on Thursday May 26, 2022 at 1pm. The family request everyone coming to wear a mask.
Cremation has taken place and a private family inurnment will follow.