To share your memory on the wall of Thomas CHAMBERS, sign in using one of the following options:

Print
CHAMBERS: Thomas (Tom) Howard, of Ingersoll, in his 64th year, at home surrounded by family on September 4, 2020.

Predeceased by his parents Thomas and Audrey, sisters Louise and Marjorie, in-laws Lloyd and Lorene Pearson, Robert Rudy, Millie Walters, and lifelong friend John Keenan. Tom worked at Essex Wire, Chicago Vitreous, and then 37 years at Sivaco in Ingersoll. He shared his love of multiple ventures and talents with anyone who would listen, including roofing, construction, scuba diving, drawing and science fiction.

We invite family and friends to celebrate his life with us in the backyard of the family home the afternoon of Saturday, September 12, 2020

The family would like to thank Saint Elizabeth Health Care, and Dr. Jill Matsuo and her staff for their care and compassion during his lengthy illness.

Funeral arrangements have been entrusted to the McBeath-Dynes Funeral Home, Ingersoll
Personal condolences can be posted at www.mcbeathdynes.ca
Read Less

Receive notifications about information and event scheduling for Thomas

There are no events scheduled. You can still show your support by sending flowers directly to the family, or planting a memorial tree in memory of Thomas Howard CHAMBERS.
Plant a Tree

Donations are being accepted for: CHILDREN'S HEALTH FOUNDATION.

We encourage you to share your most beloved memories of Thomas here, so that the family and other loved ones can always see it. You can upload cherished photographs, or share your favorite stories, and can even comment on those shared by others.

3 trees were planted in the memory of Thomas CHAMBERS

Posted Sep 18, 2020 at 06:59pm
Dear Valerie and family . Sorry to hear of your loss. Our thoughts and prayers are with you. Brian and Janet Farley
Comment Share
Share via:
DF

Posted Sep 11, 2020 at 08:34am
Christina and Family: Please accept our most heartfelt sympathies for your loss. Our thoughts are with you and your family during this difficult time.

Posted Sep 07, 2020 at 09:42pm
Dear Valerie and family,
I'm so very sorry to hear this sad news. I send my heartfelt condolences at this sad time for you.
Sincerely,
Cousin Penny Pearson Wade
Comment Share
Share via: 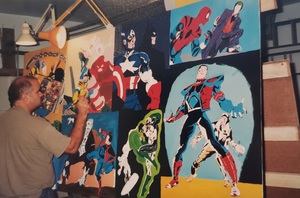 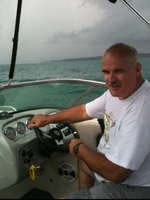