To share your memory on the wall of Shari LORD, sign in using one of the following options:

It is with great sadness that we announce the sudden passing of Shari Lord.
Growing up the daughter of a Canadian Armed Forces member, Shari eventually settled down in the Inger... Read More
Lord, Shari (nee Avery) June 15, 1962 - July 6, 2020

It is with great sadness that we announce the sudden passing of Shari Lord.
Growing up the daughter of a Canadian Armed Forces member, Shari eventually settled down in the Ingersoll area after attending the University of Waterloo. She worked for 30 years with Cami Automotive, where she filled a variety of positions from Production Associate to Team Lead in the Quality Department.

While Shari was devoted to her career, her greatest joy was being the proud mom to her daughter, Samantha, and helping her grow into a strong, independent, and successful woman.

Shari was an avid reader who enjoyed live theatre, quilting, knitting and needlework. She also loved to bake, and was famous for her mouth-watering Christmas toffee, leaving everyone fighting over the last piece. Upon retirement she moved to London, where she became an active member of the Matthews Woods Single Retired Ladies Club, finding friendships and plenty of smiles. Despite facing many mobility and health challenges in recent years, Shari is known for maintaining a positive outlook and having never complained.

Shari is deeply missed by her daughter, Samantha, four-legged companion, Fitzner, her parents, Ed and Sheila Avery, siblings, Martin (Jackie), Kim (Dave), Derek (Kelly), and Marla, as well as her many nieces, nephew, and friends.

Due to current restrictions on social gatherings, a small memorial service will be held on July 20th. As per Shari’s wishes, she will be taken later to her heart’s home in the Annapolis Valley, NS.

Our sincerest gratitude to her health care team for their care and compassion. Memorial donations may be made to Alexandra Hospital in Ingersoll, Parkwood Institute, or University Hospital in London.

Receive notifications about information and event scheduling for Shari

There are no events scheduled. You can still show your support by sending flowers directly to the family, or planting a memorial tree in memory of Shari Lee LORD (Avery).
Plant a Tree

We encourage you to share your most beloved memories of Shari here, so that the family and other loved ones can always see it. You can upload cherished photographs, or share your favorite stories, and can even comment on those shared by others.

3 trees were planted in the memory of Shari LORD

Posted Jul 23, 2020 at 04:50pm
I just found out of Shari’s passing...deepest condolences to Samantha and family. Always enjoyed working with her, she was the best “check team person” ever! Saved my teams bacon many times!
Dwayne Clifford
Comment Share
Share via:
M

Posted Jul 11, 2020 at 07:24pm
My condolences to Shari's family. I worked with Shari for many years and will remember her great sense of humour and friendly personality. She wiil be missed.
Comment Share
Share via:
RM

Posted Jul 11, 2020 at 07:52am
My deepest condolences to Shari's family. Shari was a wonderful co-worker and will be missed by all those whose lives she was a part of.
Comment Share
Share via: 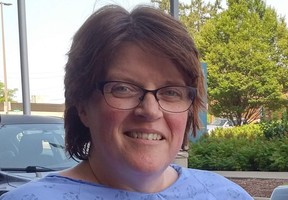