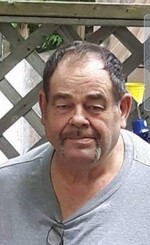 OSBORNE: Richard Henry
Peacefully with family by his side at Tillsonburg District Memorial Hospital on Wednesday, November 10, 2021 in his 74th year.

Predeceased by his parents Grilly and Rosie Osborne, his son Robert, and brothers Clarkson Empey and Allan Empey.

As per Richard's request there will be no funeral home visitation or service. Cremation has taken place. Memorial donations in Richard's memory to VON Sakura House would be appreciated.

Arrangements entrusted to the McBeath-Dynes Funeral Home 519-425-1600. Personal Condolences may be posted at www.mcbeathdynes.ca