To share your memory on the wall of Ken Reid, sign in using one of the following options:

Ken’s life journey ended on Sunday, May 24th, after suffering a hemorrhagic stroke. He is survived by his wife, Helen and his two sons, Christopher... Read More
REID, Kenneth Frederick February 8, 1952 – May 24, 2020

Ken’s life journey ended on Sunday, May 24th, after suffering a hemorrhagic stroke. He is survived by his wife, Helen and his two sons, Christopher, Dylan, and his wife Victoria. His father, Hugh Edwin Reid, predeceased him in 1995.

Ken’s career had several diverse and enriching paths. After graduating from Western University, he worked as computer programmer and software developer for 25 years. He worked on many projects for local companies. The projects he enjoyed the most during these years were the opportunities to develop and install software for First Nations across Ontario. The farthest fly-in community he experienced was the Ojibway First Nation in Pikangikum. When he left the software development business, he decided he wanted a complete change and worked in real estate for two years. However, when approached with an opportunity to take on IT and consulting contracts for the Cree Kashechewan First Nation on James Bay, he was intrigued with the challenge, and accepted contracts for over a five-year period. He consulted on information technology as well as teaching a few courses in mathematics and computer studies. For the last four years Ken was a part time instructor in the Mathematics Department for Fanshawe College.

His interests were varied. He enjoyed the Current Events and History courses and the Travel Club at the Ingersoll Senior Centre, where he was a member. He learned Bridge and participated in tournaments and recently enrolled in the Chair Yoga Class. Ken had a passion for crossword puzzles and building the jigsaw puzzles which he brought home from the Centre. His favorite music was jazz, and he was a member of the London Jazz Society where he attended many events. He followed hockey and baseball and enjoyed making the trips to see the Blue Jays and Detroit Tigers. His goal was to see a major league baseball game in as many U.S. cities as possible and hence, trips were scheduled to ensure a game was included on the itinerary. Ken enjoyed travelling and sharing his experiences with the Travel Club. He often “indulged” Helen by joining her on numerous treks and these too, had to be included in their travel plans. Learning about wines, visiting vineyards on travels, and making selections for occasions were events he embraced.

Ken was an active parish member of Sacred Heart Parish Ingersoll involved in several ministries and a member of the Knights of Columbus. Recently he was volunteering at the Oxford Alzheimer’s Society assisting in the Walk for Alzheimer’s.

Many emails, texts, phone calls and personal messages arrived shortly after friends and family learned about Ken’s condition. These were all read to Ken before he left us. All messages had a common theme. Ken was a kind, patient, and compassionate man. Perhaps this one email says it he best. Ken was a “gentle” man.

Donations to the Heart and Stroke Foundation, Canadian Diabetes Association or charity of your choice are appreciated. Ken donated his eyes to give the gift of sight. A private family gravesite celebration will be held at Reidville Cemetery in Reidville, Ontario.

To send flowers to the family or plant a tree in memory of Ken Reid, please visit our Heartfelt Sympathies Store.

Receive notifications about information and event scheduling for Ken Reid

We encourage you to share your most beloved memories of Ken Reid here, so that the family and other loved ones can always see it. You can upload cherished photographs, or share your favorite stories, and can even comment on those shared by others.

Posted Jun 02, 2020 at 11:43am
Sending hugs & prayers during this difficult time. Ken was a kind and patient person. I remember sharing a teacher workspace with him at St. Mary’s CHS. I even had him laughing a few times. Mostly at my expense lol. Good memories ❤️ He will be fondly remembered and very missed. Sandra Standish
Comment Share
Share via:
YT

Posted Jun 01, 2020 at 11:11pm
Dear Cora and Families. Wishing you peace to bring comfort, courage to face the days ahead and loving memories to forever hold in your hearts.

Posted May 31, 2020 at 02:21pm
Our heartfelt condolences and prayers go out to you Helen and the boys. Ken was indeed a quiet, gentle person with great insights and calming presence. I do remember our teaching days with fondness as well as our social times hosting wine tasting events at the Reid household, theater outings and conversations.
Annette Thomson
Comment Share
Share via: 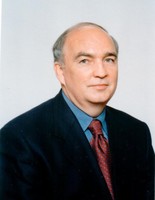