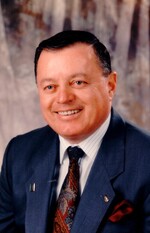 It is with great sadness that we announce the peaceful passing of Dwight Brady on March 21, 2022 at Maple Manor Nursing Home, Tillsonburg. Dwight was born James Terrence Dwight Wilbert Brady, 77 years ago on June 22, 1944 to parents Francis and Evelyn Brady (Predeceased).

For many years Dwight worked as an Ironworker out of Local 700, and as a realtor in later years. Dwight was an avid fisherman, who loved to be out on the water whenever he could. Despite a long battle with Parkinson’s, Dwight never lost sense of humor and playful spirit.

Friends will be received at the McBeath-Dynes Funeral Home 246 Thames Street South, Ingersoll on Friday April 1, 2022 from 11am to 1pm. The memorial service will be held in the chapel at 1pm. Cremation has taken place and interment in Sudbury will follow at a later date.

In lieu of flowers, anyone wishing to make donations could consider the Southwestern Ontario Parkinson Society or the Heart and Stroke Foundation of Ontario in memory of Dwight.