To share your memory on the wall of Doug Ledgley, sign in using one of the following options:

Print
LEDGLEY, Gary Douglas of Ingersoll passed away on Wednesday, June 3rd, 2020 in his 80th year. After several years of declining health, Doug passed away peacefully at University Hospital in London.

Doug was born in London on July 10, 1940... Read More
LEDGLEY, Gary Douglas of Ingersoll passed away on Wednesday, June 3rd, 2020 in his 80th year. After several years of declining health, Doug passed away peacefully at University Hospital in London.

Doug was born in London on July 10, 1940 to Roydon and Caroline Ledgley. Predeceased by his sister Patricia Boylan.

Doug started his career working as a traffic analyst at the Department of Transportation in London. In 1977 the family started the first of three businesses in Ingersoll, Ledgley’s Convenience Store, Ledgley Jewellery and Ledgley Signs. Doug continued to run Ledgley Signs until his health began to fail.

A graveside family funeral service will be held Saturday, June 13, 2020 at Woodland Cemetery in London.

People wishing to honour Doug’s life can donate to The Kidney Foundation of Canada, a charity that was very near to his heart.
Read Less

To send flowers to the family or plant a tree in memory of Doug Ledgley, please visit our Heartfelt Sympathies Store.

Receive notifications about information and event scheduling for Doug Ledgley

We encourage you to share your most beloved memories of Doug Ledgley here, so that the family and other loved ones can always see it. You can upload cherished photographs, or share your favorite stories, and can even comment on those shared by others.

Posted Jun 08, 2020 at 04:34pm
Nancy Lee, Brent and families, Jane and I were saddened to learn of Doug’s passing. Ron and I had a good visit with him at Oxford Manor a few months ago. You will surely miss your Dad and Grampa. Brian and Jane Ledgley
Comment Share
Share via:
JV

Posted Jun 05, 2020 at 12:55pm
Nancy-Lee and family, we are so sorry for your loss. Thinking of you at this very sad time.
Lynn
Comment Share
Share via:
L

Sending you our condolences to the Ledgley family during this difficult time. May Doug Rest In Peace. 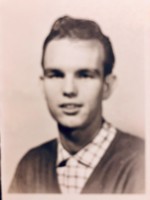 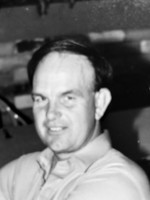