To share your memory on the wall of Edward MARCOTTE, sign in using one of the following options:

On June 18, 2020, Edward Arthur Marcotte, age 61, passed away unexpectedly n his home. He will be sadly missed by his family, friends, and the Ingersoll community.

He is survived by his mother, Patric... Read More
MARCOTTE, Edward Arthur

On June 18, 2020, Edward Arthur Marcotte, age 61, passed away unexpectedly n his home. He will be sadly missed by his family, friends, and the Ingersoll community.

Born on Jan 20, 1959 in Toronto, Ontario, he married Helen on Oct 3, 1983 and they enjoyed 21 years together until her passing in 2004. Ed was involved with the Ingersoll Legion Branch 05-119 where he was an executive member. In 2001 he was recognized for his volunteer work, knitting finger puppets for Sick Children Hospital, Ingersoll Public Library, doctors’ offices, and internationally in the U.K., Hawaii and more initially to help ease children’s fear of needles, etc. at medical appointments.

A burial service is scheduled for Wednesday, June 25, 2020 at Ingersoll Rural Cemetery with Reverend Paul Walmsley officiating. In lieu of flowers, donations to the Heart and Stroke foundation in Edwards name would be greatly appreciated.

To send flowers to the family or plant a tree in memory of Edward Arthur MARCOTTE, please visit our Heartfelt Sympathies Store.

Receive notifications about information and event scheduling for Edward

We encourage you to share your most beloved memories of Edward here, so that the family and other loved ones can always see it. You can upload cherished photographs, or share your favorite stories, and can even comment on those shared by others.

Posted Jun 23, 2020 at 08:51am
Our sincere condolences to Pat and Tom and Family. In this time of sorrow may our Lord give comfort through His Spirit. Our hearts grieve with you at this time on your loss. Warkworth Free Methodist Church. In His care, Pastor Len, Denise & Church Family
Comment Share
Share via:

Posted Jun 22, 2020 at 01:54am
It is with great sadness I read of Ed's passing. I have known him for several years and have become good friends with him. He would often stop if I was sitting on my porch and we would have coffee and visit for a couple of hours. Ed could always make me laugh with his funny stories. You will be greatly missed my friend. RIP !!!!
Comment Share
Share via: 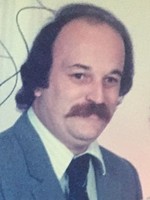 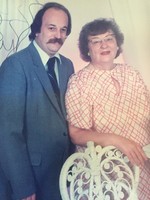 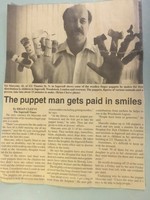 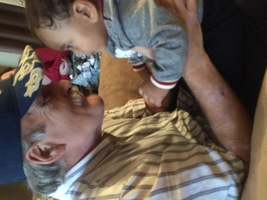